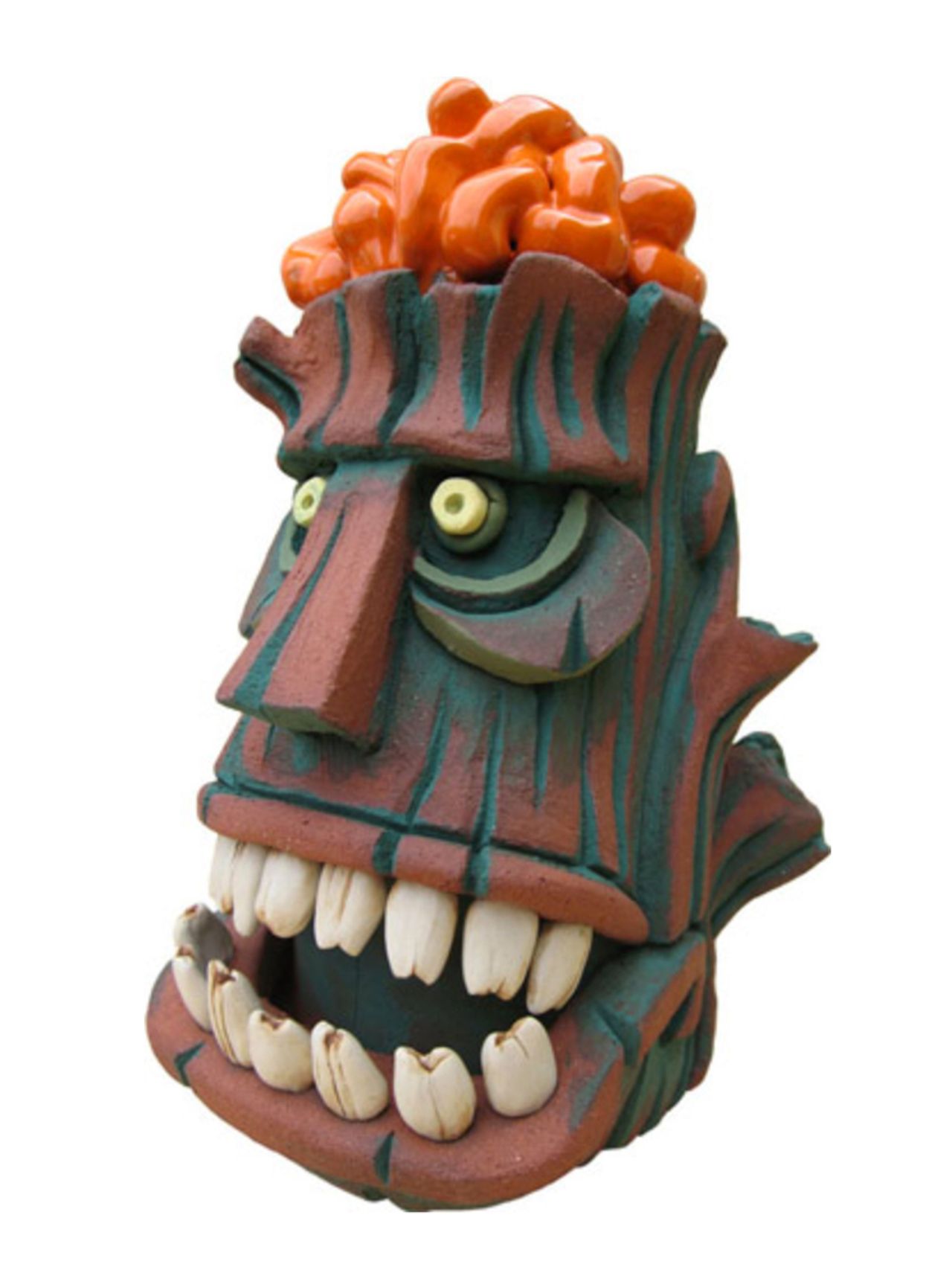 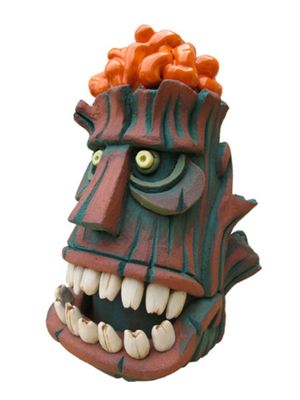 The Tree Brain - by VanTiki

"Happy to report a new mug has just left the shores of VanTiki island: The Tree Brain.

Deep in the jungles of VanTiki island the natives discovered two trees sporting a curious throbbing orange brain. Curiouser still were the effects of the sap that slowly trickled from the base of the brains on anyone who drank it. Throughout the centuries, the brain’s sap was used by elders to see into the future and commune with the spirit world. The trees on which the brains grew were carved into idols, and travelers came from all over the globe to sip the mystical Brain Juice.

This mug is HUGE! In fact, it is more pitcher than mug. It even has a spout!"

This creation has a removable brain mug and the main vessel does, indeed, have a spout formed by one of the branches.