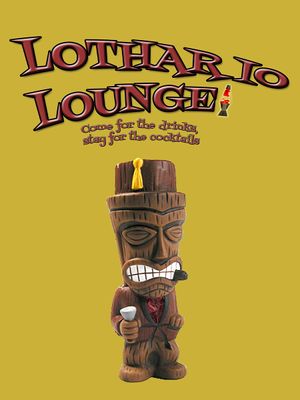 This is the home bar of David Eck and Mimi Freedman.

The Lothario Lounge moved and expanded in 2016 when David and Mimi combined households and moved to their current location in Los Angeles, CA.

David originally envisioned the Lothario Lounge as a Mid-Century modern bachelor pad. In fact, some of his self-carved tikis had women's lingerie hanging off them at the old South Pasadena location. Mimi has since tidied up the lounge and added some of her own vintage decor, but out of fondness for the old days, they've retained the old Lothario name.