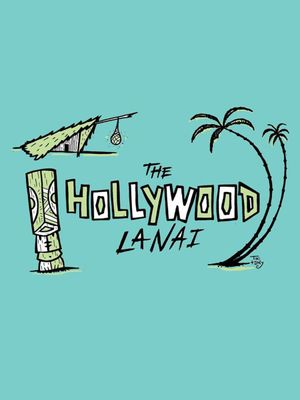 The Hollywood Lanai is the home tiki bar of Todd Hawkins and Michelle Perez in Hollywood, Los Angeles, California. They created the bar in the living room of their Hollywood apartment in October 2016. The couple wanted to show that even in an apartment or other small space, doing a tiki bar is possible. The Hollywood Lanai is in a 3'x4' corner, and based around a built-in bookshelf which houses some of their mug collection. The bar can sit two people, and was built by Bamboo Ben, Adrian Eustaquio, and Todd. The decor is classic mid-century Polynesian pop style with Disney influence and features works from many well-known tiki artists. Though the bar is small, the couple is able to entertain a large number of people in their living room and backyard. The name is a nod to their storied neighborhood; until recent construction obstructed the view, they were able to see the Hollywood sign from their living room window. The couple also has a portable version of the Hollywood Lanai that they take on the road to tiki events; the couple won "best drink" at the 2017 Tiki Caliente event.