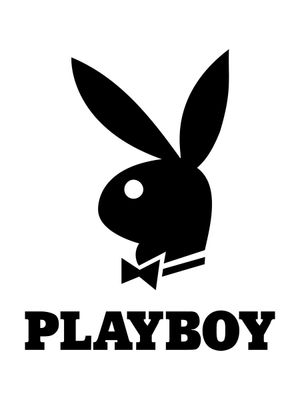 The Playboy Mansion (the original one in Chicago, not the one in Beverly Hills) had an indoor swimming pool room that was decked out in tiki, including Witco masks and a large, modernist moai.

Hefner purchased the mansion in 1959 for $400,000 with plans to build a pool in the basement. The city would only allow it after Hefner convinced officials it was for personal, not commercial, use.

A spread in the March 5, 1961, Chicago Tribune magazine described how Hefner turned a car-service area into a lounge, which was positioned slightly lower than the bottom of the pool: " ... in the manner of an aquarium, permitting a view of the swimmers and pool activities."

Discussed on page 43 of Sven Kirsten's The Book of Tiki.

The A&E Secrets of Playboy Series, Season 1, Episode 4 (The Price of Loyalty) shows the mansion's bamboo bar at the 14:51 minute mark. There are palm trees on either side of the 12-15 foot bar and its front is covered in bamboo with a black padded naugahyde rail edge at top. Hard to see what bottles are against the mirrored back bar, but it is well-stocked and there is an assembly of smaller framed photos on the side wall. See last photo (still frame) below.

Hefner left Chicago permanently for Los Angeles in 1974 following the conviction and ensuing suicide of Bobbie Arnstein, the culmination of an "investigation of drug use in Hefner's mansion". Subsequently, in the 80s, his company eventually let the mansion for a nominal rent to the School of the Art Institute of Chicago and then donated it to the school outright in 1989. The school later sold the mansion in 1993, which was then redeveloped for luxury condominiums.