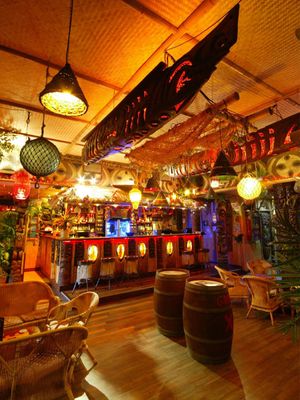 "Skipper" Josh Collins opened the LuWow in 2011 in Fitzroy, a suburb of Melbourne. The LuWow was divided into two sections: the Island Village, which was a traditional Tiki bar, and the Forbidden Temple, a music hall. On weekends, the music hall portion hosted bands, '60s-era DJs, and the occasional Polynesian revue.

The LuWow closed in late December 2016, when their lease on the space ran out.

However, it re-opened in a new location in 2019 at 212 Little Collins Street, Melbourne.