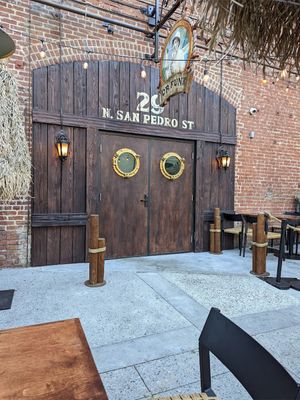 Located in the former site of Peggy Sue’s 1950s-style diner.

Designer Notch Gonzalez transformed the venue with thatched-roof booths, bamboo railings and blowfish lights hanging from the ceiling. There are tikis everywhere, including a six-footer that Gonzalez carved in about a week.

The kitchen expects to be serving food later, in January.